Relax, tranquility, nature, chestnut grove, small fruits, animals and Zogno is less than a half mile. Here there is the Museo della Valle, that of the Vicaria di San Lorenzo, the Belotti's garden park, le Grotte delle Meraviglie, and the Brembana Valley cycle path, which runs alongside the Brembo river for 21 km on the track of the former railway between old tunnels and characteristic villages.

Famous in the world for its mineral water is San Pellegrino Terme, beautiful and elegant small town in the valley. The therapeutic properties of its waters have been known since the Middle Ages and in the nineteenth century, during the Belle Epoque, their importance promoted the construction of several buildings in the Art Nouveau style, so this little town was known as "the pearl of the Brembana Valley."

Cornello dei Tasso, old and charming hamlet, well preserved, once center of trade with the Valtellina, along the Via Mercatorum, the oldest street in the Valley.
Do not miss the Tasso and postal history Museum, which shows the origins of poets Torquato Tasso and Bernardo, whose family founded the first postal system in Europe.

The Taleggio Valley famous for soft cheese and its naturalistic relevance.
For lovers of the mountain Il sentiero delle Orobie, the ski resorts of the Brembosky area, Valtorta and Piazzatorre. The old venetian Casa Cantoniera at San Marco mountain pass and yet Averara, Branzi, Foppolo and San Simone, Valtorta and Selvino.

The splendid old upper Bergamo town and the most modern lower Bergamo city. And then the parallel Seriana Valley and the Valley Imagna. 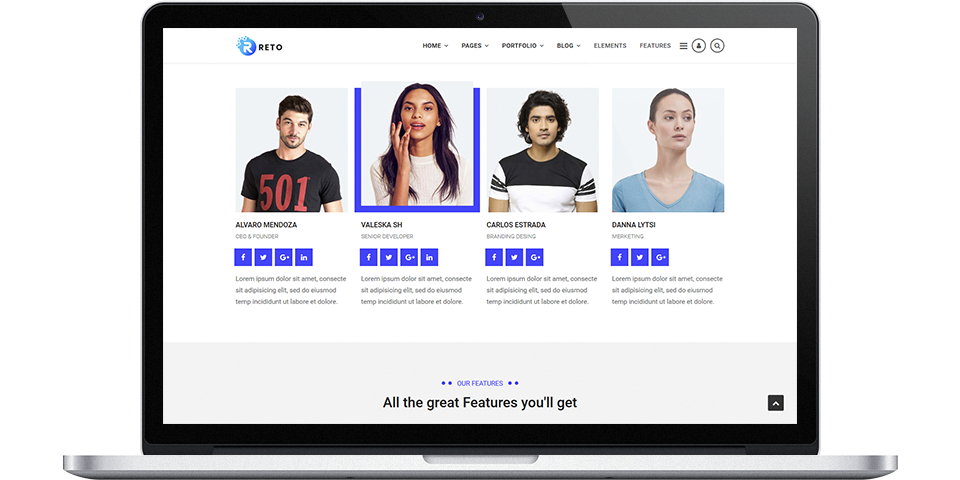 It is the best Joomla template in the market, because we have boosted the constructor so that you can create unlimited pages that are never the same.

For 10 years we have created the best template for Joomla.
Buy Reto Now